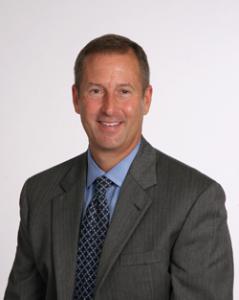 Jim carried these traits to Austin and was successful in passing legislation that helped the residents of House District 133. During the 80th legislative session Jim served as Vice Chair of the Urban Affairs committee and was also a member of the Transportation, and the Rules and Resolutions Committees. He was elected Freshman Class President and was one of only seven Freshmen to serve as Vice-Chair of a committee.

Jim authored and passed 15 bills; the most by any first time member. His work focused on making government more efficient and accountable and on protecting our community. None of his bills raised fees or taxes and most provide significant savings to taxpayers. Jim’s work was recognized by the Combined Law Enforcement Association of Texas and Texas Association of Business. The Houston Executive Council named Jim Murphy its Elected Official of the Year for 2006.

For the past 20 years, Murphy served as one of the principal driving forces behind the Westchase District – the 4.2 square mile municipal management district in west Houston. Its success has had tremendous positive impact in the community with over $2 billion in new investment and thousands of new jobs. Currently he is working as a consultant to the district.

Murphy was twice elected and served from 1997 to 2006 on the Houston Community College Board of Trustees. Today, HCC is our nation’s tenth largest college and a key player in regional workforce training.

Murphy’s business leadership includes service as a board member of the Houston West Chamber of Commerce, West Houston Medical Center and as Past Chairman of the Association of Commercial Real Estate Professionals. Jim is an active member of the Greater Houston Partnership, the Houston Association of Realtors, and the Urban Land Institute. He currently serves on the Board of Directors of the Houston Realty Business Coalition, Making It Better, and Strake Jesuit College Preparatory.

Murphy’s community service includes work with the Jaycees -- where he served as local President and as State President. He was named one of the Five Outstanding Young Texans in 1995. Jim has coached youth sports and served on the pastoral council of St. Cyril’s Catholic Church. He was also a founder and Vice Chair of the Alief Education Foundation and was appointed to the John Ben Shepperd Public Leadership Institute’s Advisory Council by the UT Regents.

Jim Murphy grew up in Houston and graduated from Strake Jesuit and UT Austin. He and his wife, Dr. Kathleen Murphy, have two teenage sons, Robert and Pace.

Message from the Vice President: The Agenda

Remember the last time you went to a meeting and nothing was accomplished? Worse yet, an individual or group attempted to take over and run the meeting?

Holding a meeting without an agenda is an invitation to disputes, disengagement and a general waste of time for all parties. Of all the undertakings that corporations and groups utilize on a frequent basis is the “meeting” and most meetings fail to produce their desired outcome.

Do You have a question? Ask.